The 15th Century - Age of Discovery

In the 15th and 16th centuries spices were one of the most expensive goods. They could only be found in the Indies. The Indies were in Eastern Asia: India, China and Japan. For many years the Europeans used a land route to trade with people in the Indies but it was a long and dangerous journey. 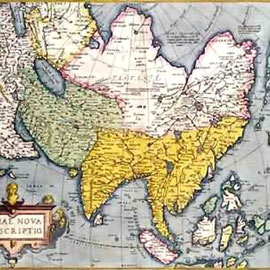 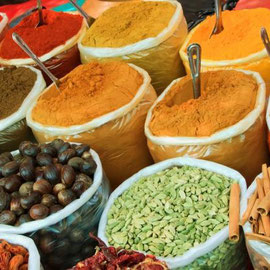 Christopher Columbus wanted to find a new route to the Indies. He sailed across the Atlantic Ocean for ten weeks then saw land. In October 1492 he landed on a small island near the American continent which he called San Salvador. He claimed the island for the King and Queen of Spain. Columbus believed he was in India so he called the native people Indians.

Spain became the most powerful country in the world because it brought a lot of gold and silver from America. 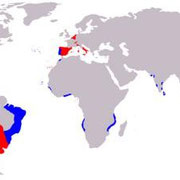 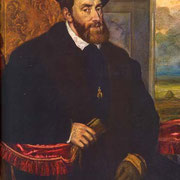 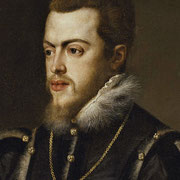 
Felipe II added Portugal to his kingdom. It was also during this time that the Renaissance started.

The Golden Age was a period of huge progress in Spanish art and literature during the 16th and 17th centuries. El Greco painted his famous works, the Monastery of El Escorial and the Cathedral of Granada were built.

17th century Spain was ruled by three kings: Felipe III, Felipe IV and Carlos II. During the 17th century the power of Spain declined a lot. The population was reduced for several reasons:

More than a million people died from various plagues.

Many people died in wars.

This population decrease damaged the economy. Gold and silver coming from America also declined and Spain lost Portugal and other territories in Europe. 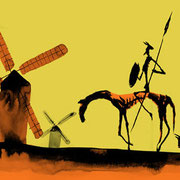 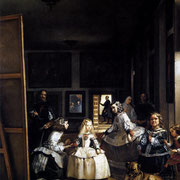 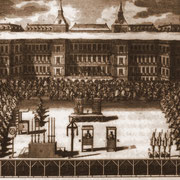 The last king of the Habsburg dynasty, Carlos II, did not have children. He died in in 1700 and a French prince Felipe V became the king. Then, the War of Spanish Succession began. When it finished Spain lost most of its territories in Italy and Netherlands. However, during the 18th century agriculture and trade expanded and the Spanish population grew.

The British and the Portuguese helped Spain and the war against France ended in a victory for Spain.

In the 19th century Spain lost its colonies in Central and South America. They also lost Cuba, Puerto Rico and the Philippines to the USA.

The Industrial Revolution changed agriculture, transport, manufacturing and technology. It started in Great Britain and transformed agricultural based economies into industrial economies. Manual work was replaced by machines. People moved from the countryside to cities to work in factories.

More roads and railways were built at this time. The invention of the steamboat made transportation of raw materials and products much faster and easier.

The Industrial Revolution in Spain

Franco died in 1975. A monarchy was re-established with Juan Carlos I. Spain went from a dictatorship to a democracy. 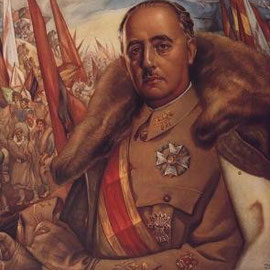 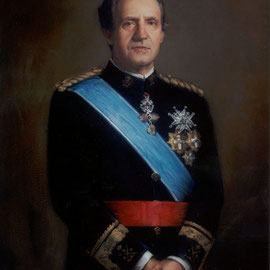