Living things are born, they grow, they reproduce and they die.

All living things need nutrients to give them energy to grow and stay healthy. Living things also respond to the changes around them. They react to heat, cold, light, sound and touch.

Non-living things don't have any of the characteristics of living things. They aren't born, they don't grow, reproduce or die.

Nutrition is getting energy from food that living things need to grow and perform all types of activiites.

Interaction occurs when living things use their senses to get information about the environment around them. They use this information to adapt and make changes so they can survive.

Reproduction involves creating a new organism of the same kind. Without reproduction all living things would disappear.

Human beings are living things just like plants and animals but with a better developed brain. This means humans can think, invent, remember and imagine. We can also use language.

Living things are classified into kingdoms.

The Animal Kingdom, Plant Kingdom and Fungi Kingdom are three examples of this. Living things in a kingdom have many things in common. 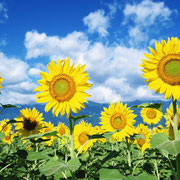 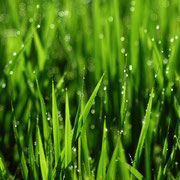 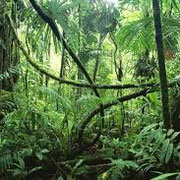 Most plants use energy from the Sun, water and minerals from the soil and carbon dioxide from the air to produce their own food. Using photosynthesis they release oxygen into the air. Plants cannot move from one place to another. Most plants contain chlorophyll which gives them their green colour. 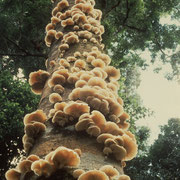 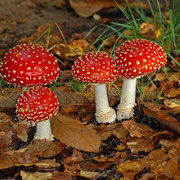 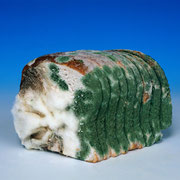 Organisms from the fungi kingdom live everywhere - in the air, in the water, in soil, on plants and on animals. Fungi cannot move from one place to another and they cannot produce their own food.

- Some fungi produce enzymes to break down organic matter and absorb nutirents.

- Some fungi can grow on food.

- Some fungi are parasitic and take nutrients from living organisms. 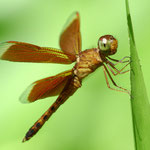 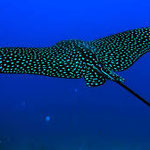 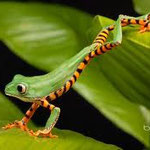 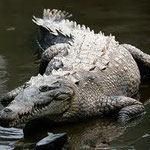 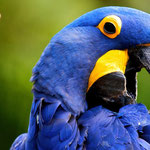 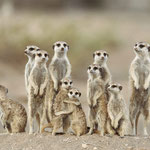 Organisms in the animal kingdom can't produce their own food. They have to eat other living organisms, like plants and other animals. The can move from place to place.